There was an implusive move down, shown by Projected Dist ufo routine (yellow zigzag) on TOS. No Fibonacci, merely a 1.5x multiplication. 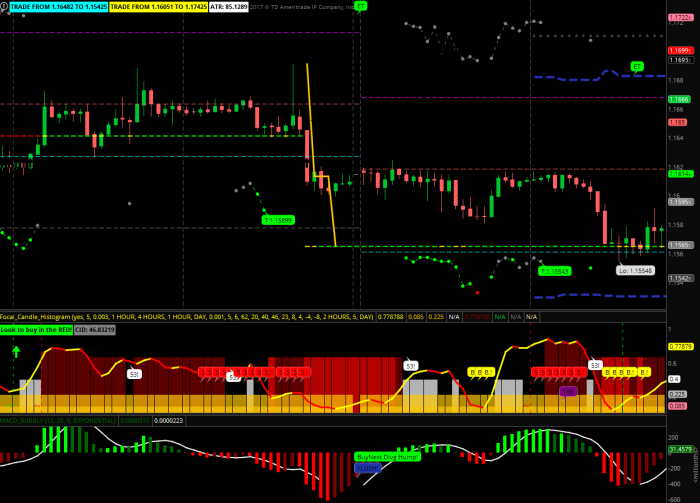 I also have the Projected Distance Lines in MT4, that plots that green dash, although the lightning is not plotted.

Now, how would you have known that you were looking for a turn and do not have that MACD Bubbly plot above on the black screen with the FLUSH / Buy Next Divergent hump?

You could have noticed on the Market Maker lines plots, that 1.1579 is a significant Market Maker support level, for the next yellow support line is not until 1.1470. 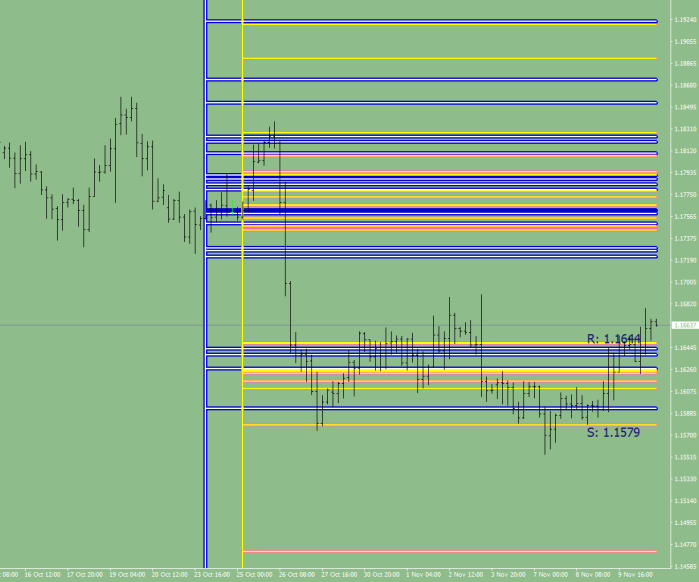 (By the way, the 1.1580 level was not printed by the recent low, it was printed by a lift that the Market Makers gave on the way up towards 1.21 by volunteering to hold some shorts in the meantime.)

Now, here comes the essence of this article.

The Rhythm of the market

To warm up, here’s some practice.

Every move has an exhaustion in the given direction at the beginning of the move and another one at the end, which normally would get exceeded for a total reversal.

a) the reversal point beyond the terminal exhaustion 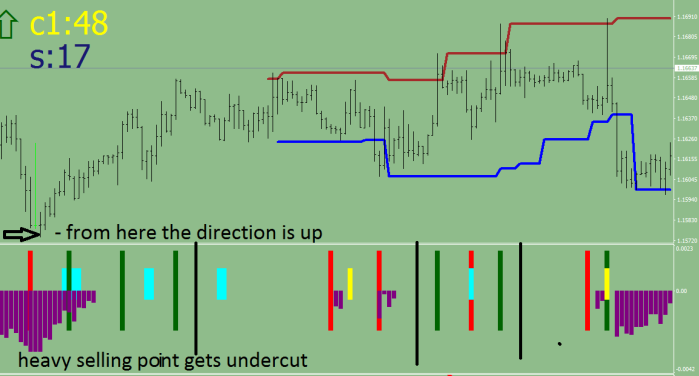 b) this correction had the undercut within the same hour, so that became the new low – a correction like this helps sustaining the move up

c) there was one more move up, with low energy and this ultimately prompted a reversal back down – the red in the middle is a smaller liquidity break, quite possibly an ABC, but on a less than 1H time frame

Now for the selling part…

The reversal of course took place upon the cut above the last buying exhaustion, you on the other hand, first had a new tact starting with a longer pause, now with a selling exhaustion, and there was a generous 4 hours for a low risk entry to be on board for the next leg. The undercut was 10+ pips below the downside exhaustion and 23 pips under the MM support level. Factor in max 30 pips for a stop.

There is a problem with the current up move: it is not impulsive in terms of printing an upside extension target. 1.1690 would surely be tough to conquer. When the lines are too close to each other, ignore the second (echo or double).  I believe we had the 3 legs up already. 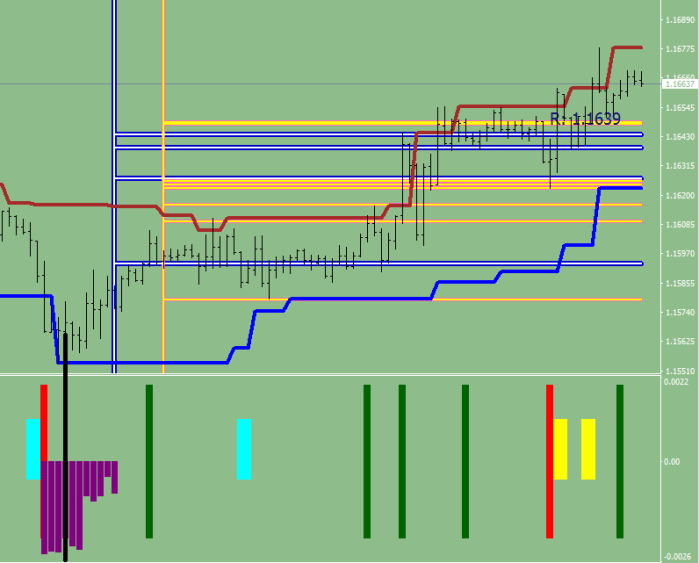 There is sort of a channel, but the Friday close was printed outside.

The same time, the close is between the hard and a rock place:

For some additional knowledge, here’s this (example of uptrend): 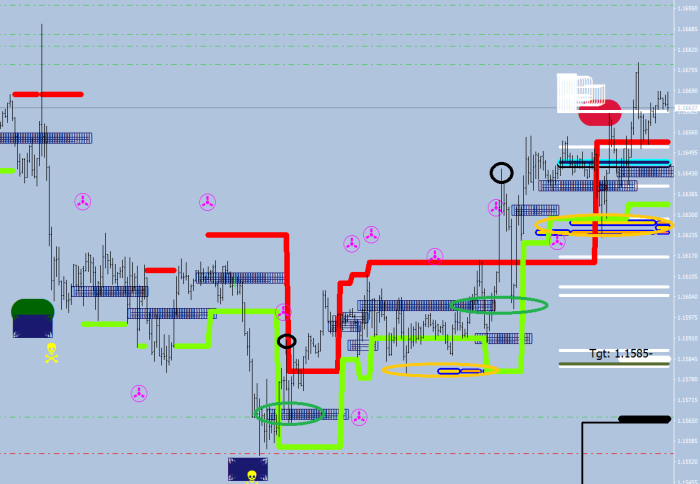 (the orange ones are MM support levels)

My last piece of bearish evidence as follows (USD chart) – please don’t freak out, I took away half of the plots as it is… 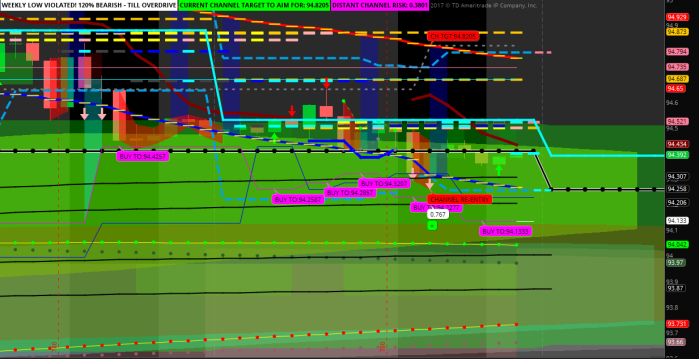 The green fields are the different time frame Lema triplets and their force fields. It seems like an impenetrable mega sized gooey flubber-mess.

As for the technical part.

The two levels I monitor crossing below for in this ancient version is 44 and 25.

And for the color of the indicator I compare the current close with the one 5 hours earlier.

Don’t worry about the wedge lines not being outside, they are RSI lines, and they are correct.