Automated trading comes with filters. I can show you a couple with today’s 3 trades.

I know, these are 2 trades. There was a 3rd one that did not happen. One by one then. 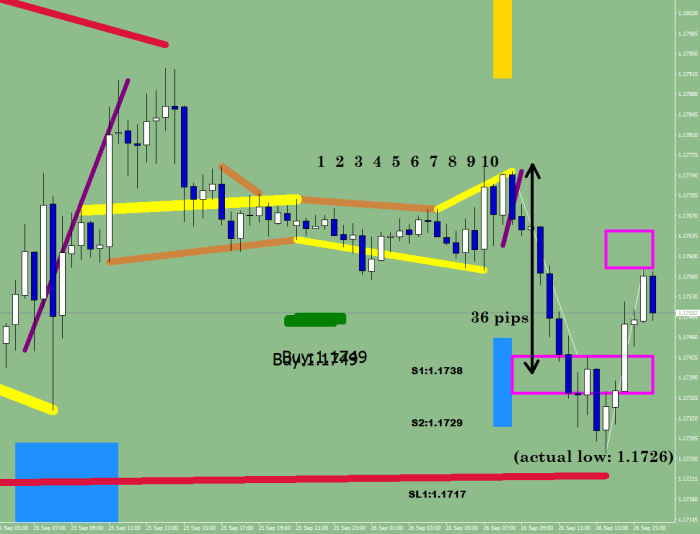 I could not resist cutting the trade again.

What was I thinking? That the Green River is nearby, and it would dip lower and my Green River buyer routine should open a buy. It did not dip any more. Overthinking is futile. As soon as the trade was 8 pips positive, the auto trail stop would had turned it into a free trade by putting the stop loss one pip above the open.

I am the weakest link in the system, that is not only self sustaining but emotionless and much more efficient in every single way. Of course, I am still in this somehow. I figured out what needed to be done, I picked the filters, and none of the system would exist without me. I am the Alpha, and my system is the Omega.

I should… perhaps… put back the trail stop value to 1/2 the Fluctuation Size.