So, I need to make up my mind on what to include in the God Awesome Indicator.

The whole thing would start with marking up the terminal waves and using them for tone color changes.

I would have some options to change the sample size for the terminal wave finder part, an option to waive the small size restriction, to rule out an additional stochastic filter.

There would be optional entries and exits plotted.

Entries are the strike outs with Buy and Sell labels.

Exit conditions would be the arrows and of course, the color changes themselves.

I also would like to turn the very same indicator to an all you can diverge buffet. 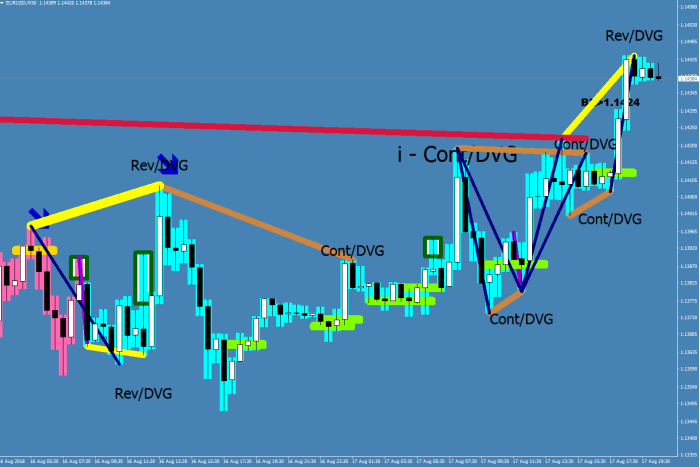 There are stochastic and RSI divergences plotted with labels being optional again.

The green and white window looking squares are meant to high light the sharp turns – based on RSI, as I call them, sharpies.

After determining the most crucial parameter, which is the size of the fluctuation zone, projected calculations would become possible using a level of overbought/oversold swings for a good visual read on where the targets might be. 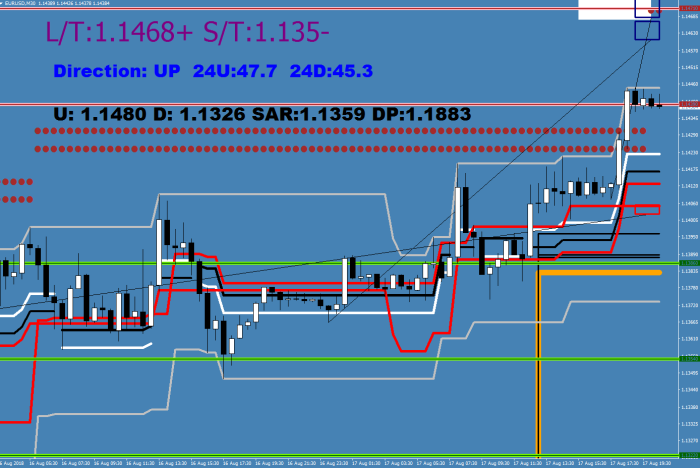 Those are the fine lines that end up in blue and red boxes. Currently I am not planning to include this feature in Mr. God Awesome.

Even if the fine line boxes would not be present, the first line would give an approximate target, L/T stands for long target.

The direction logic is a lengthy subject. I derive it from the last walk into the trees/snow barrier.

I think of the market as a snow plow and the RSI as a measure of velocity. I would discuss this in my upcoming book.

The 24U and 24D readings are the largest market swing lengths in to the upside and the downside in the last 24 hours (or so).

“U:” is a projected distance based on the last qualifying up-swing.

“SAR” is a 4H PSAR, but it guesses the next value ahead.

“D.P.” is the location of the Deep Pink,  which is a long term EMA.

You by now understand the brown round things to be the forest / tree lines, and the big white chunk to be the snow barrier.

The dual colored lines are are the pacing based on the size of Fluctuation.

The rest of the lines would not make it into Mr. Awesome I think.

I intend to go on sale some time in September.

You think you could use this? Oh, I bet you could!

And here is how the Green River, Mr. Maroon and the Guard Rails line up…